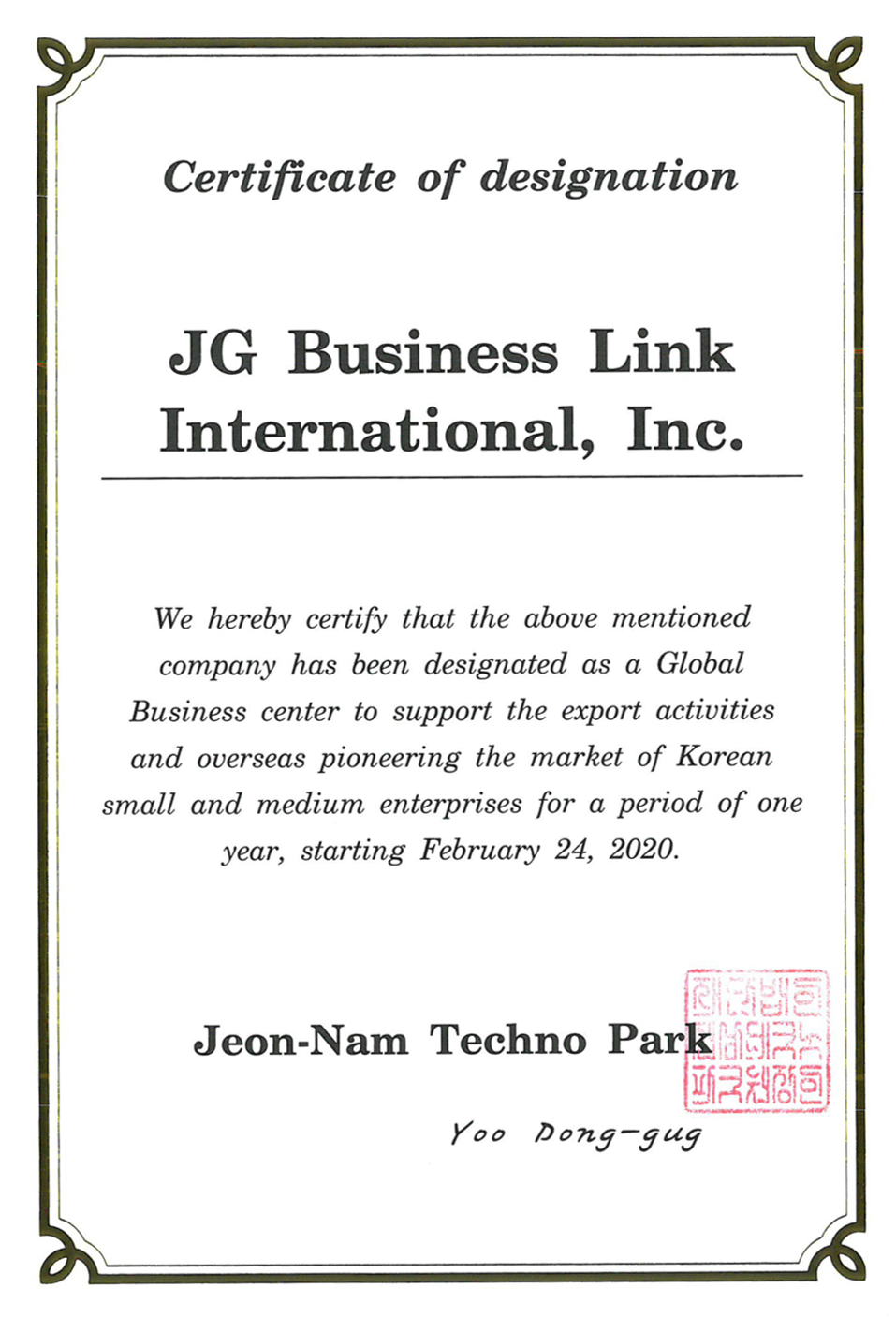 Established in 2008, JGBLI has been a bridge to political, economic, and educational exchanges and cooperation between Korea and the US. Representing the Global Business Center of JeonNam Techno Park, JGBLI is proud to support JeonNam Techno Park and its members through technology innovation and business introduction.